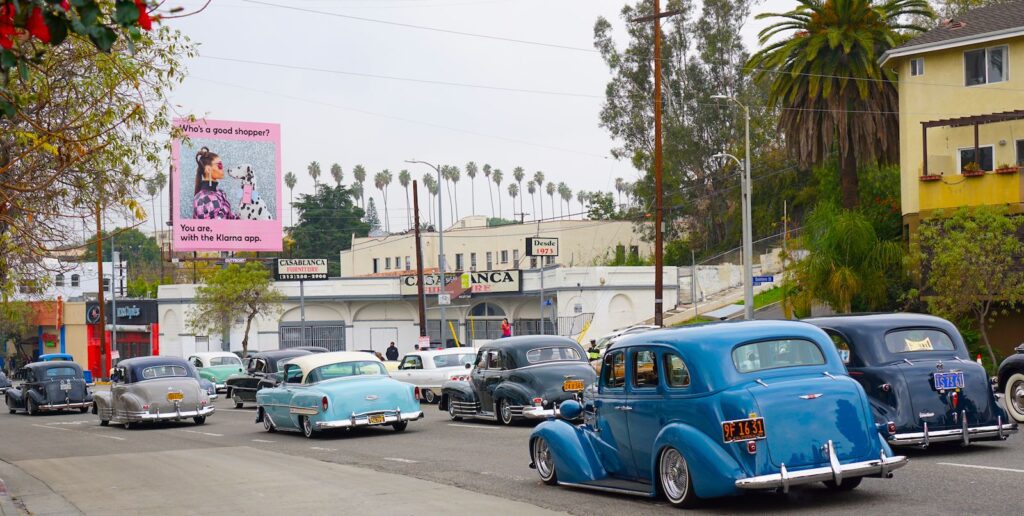 We have virtual and drive-thru parades in the Los Angeles, California area this fall 2020. Although it has been a long hiatus from festive community events due to lockdowns, curfews, and social distancing rules, it seems people still crave a celebratory parade experience.

Even LeBron James was asking for a parade after the LA Lakers and Dodgers won their U.S. sports championships in basketball and baseball. One of his tweets read “PARADE PARADE PARADE!!! *Safely with [masks]” but all to no avail.

So what do we have for a parade substitute nowadays?

The virtual historical trip down memory lane for the Doo Dah Parade in Pasadena and the Hollywood Christmas Parade offered 2-dimensional viewing fun. I did miss the tortillas, candy canes, and simply being there, but it didn't feel like a true cancellation after seeing those productions.

From home, I created a virtual experience with my videos and photos of fall holiday parades that included the San Pedro Holiday Parade, Echo Park Community Parade, East LA Mexican Independence Day Parade, and Anaheim Halloween Parade pre-2020. Not the same experience, though nostalgia works in comforting ways, and I ate a La Michoacan coco paletas while pretending I could hear the bells of a vendor cart, marching bands, revving engines, and zebra hooves (*once I close my eyes, it's in my head, so charros on zebras is possible)

With these new drive-thru parades, the experience is familiar and unfamiliar. We may see the roles reversed as audiences move along the parade route in vehicles and the floats and performers remain stationary. And in some instances, the parade audiences sit in cars or in 6-feet plus spaced chair formations while watching the masked parade participants go by in their cars, boats, and other vehicles.

It's all kind of reminiscent of the days of lore when people visited together at amusement parks, festivals, concerts, and parades to abandon their daily lives for a liminal moment of anything's possible. But it's different now.

Guess I'm feeling like reality is missing something and I'm slipping into some dream, a Paprika dream of parades, repeating over and over the same scene.

Oh, wait, I'm not in a Japanese sci-fi animation thriller by Satoshi Kon. Yet, since this pandemic time began, things have been strange. I'm dreaming hallucinatory apocalyptic dreams minus scary dolls and Maneki-neko on parade.

The importance of a car - back in reality

Many birthday, graduation, and holiday events have turned into automobile drive-by's this year. Although the car has always been important to American culture and going anywhere in LA, it's now becoming a requirement for attending concerts, movies, and other cultural events, with the exception of Christmas and some Halloween light shows that were often available for a drive-by experience.

And if you have this access to a car and some cash to spend, there's plenty of entertaining, pseudo parade scenes to attend. For example, there was the Stranger Things Upside Down world drive-thru experience in October. In December we have numerous Christmas light shows that welcome drive-thru viewings, too. These aren't parades technically, but drive-by/drive-thru haunted worlds and LED extravaganzas can give a feeling like being on parade or exiting a big, busy parking garage. Both experiences exciting with the right music and companions, and a nightmare if you have to pee.

Whether you want to be in or watch a holiday parade, here are a few upcoming December 2020 parades in Southern California (unless lock-downs change event plans): 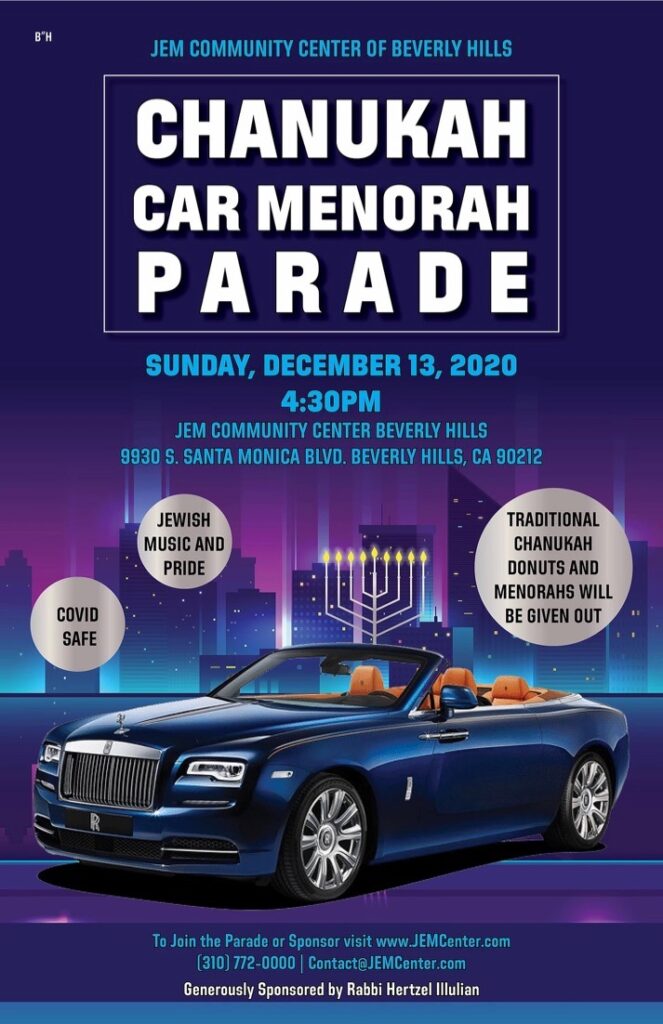 This COVID 19 compliant message on publicity material for parades is something new. 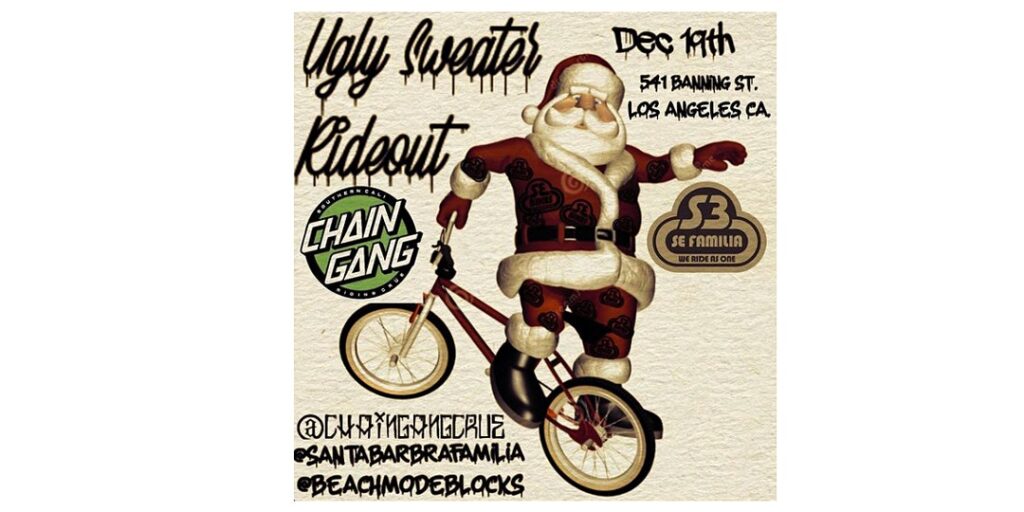 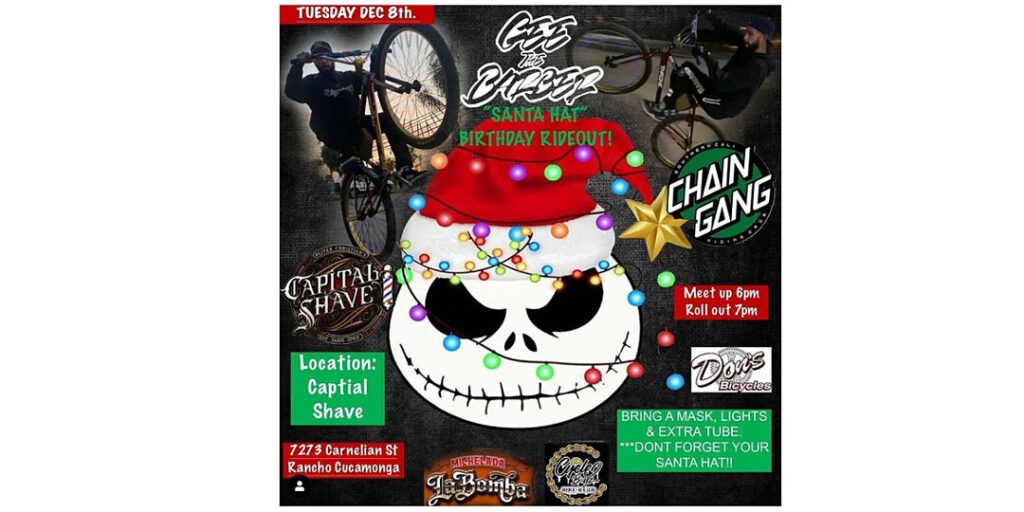