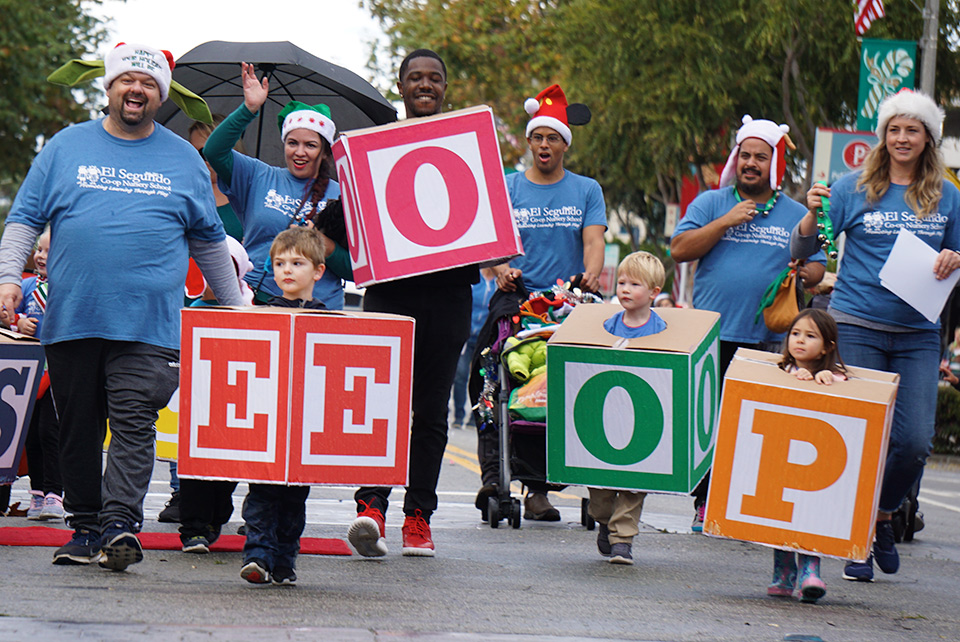 It’s almost the end of 2019. Bring out that champagne toast, eat those 12 grapes, and do whatever you do to celebrate a new year on the Gregorian calendar. For me, it’s that last moment to write the 2019 article. Seems ridiculous to care about submitting writing. I know I don’t have a very big niche for my special interest, nor is it known to be a money-making endeavor.

Many people consider a parade is a party event that doesn’t change much, so you’ve seen one, you’ve seen them all. Some people don’t like these crowded, street blocking events because---list any number of reasons. Others think the only worthy parades to see are the big ones like the Rose Parade (Pasadena, CA), Thanksgiving Parade (NYC), a few of the big Mardi Gras parades (New Orleans, CA), and worldwide those very colorful big carnival//carnival/carnevale parades (I know I’m leaving out many).

I’m drawn to these mobile festive events because it’s an exciting happening. It's a public display of people showing things they’ve made and performing choreographed moves while on the run. It’s a way to see people's interests as it relates to: politics, religion, ethnicity, nationality, traditions, organizations, family, community, businesses, hobbies, entertainment, etc. As an ephemeral moment, it only requires a short amount of attention. Unfortunately you can miss something if you run for a bathroom or food break, but that's where porta-potties and food/drink vendors are invaluable. Also, a parade is an open window of time for conversing with strangers and friends, all while being entertained by colorful, musical, engaging displays of local culture. During these times one can build skills too, like how to dodge out of the way from parents photographing their kids or learn where's the best place to camp out during the event. Most importantly, I see it as a moment to forget things of the everyday, to enter the liminal, limbo state where the street rules change, and stoplights have no control over us.

While Los Angeles area parades throughout the year can vary because there are so many international influences and participants; I initially think of December holiday parades in a re-run mode. My mind melts into cookie cutter thinking, expecting green and red, Santa tube hats with white balls, candy cane treats, and some traditional holiday songs that probably include popular singer renditions danced to by cheerleaders, twirlers, marching bands, or some sequined group. I sometimes feel like those people who have said, seen one parade, seen them all. The recognizable symbols of the holidays and these type of parade are  familiar whether I'm in Rhode Island, Texas, or some other part of the U.S., but then, hey this is LA, so who knows what to expect.

I've included photos and videos from the Los Angeles area December parades: El Segundo, Echo Park, San Pedro, Redondo Beach, Rolling Hills, and Leimert Park neighborhood in Los Angeles. It's only a glimpse and not the full experience, and if you were there, you know there was so much more than I've shown. I photographed a Hanukkah menorah lighting event on the Hermosa Beach pier but it was more eating latkes and sufganiyot, playing music, and dreidel play, with no parading, but still an event I wish I could include.

El Segundo Holiday Parade was eventful with the mayor doing the worm, free treats, some wise men, a weiner mobile, exceptional kids with family, a group dancing around a cookie man, and super big candy sticks handed out by the people from Chevron, 12/8/2019. 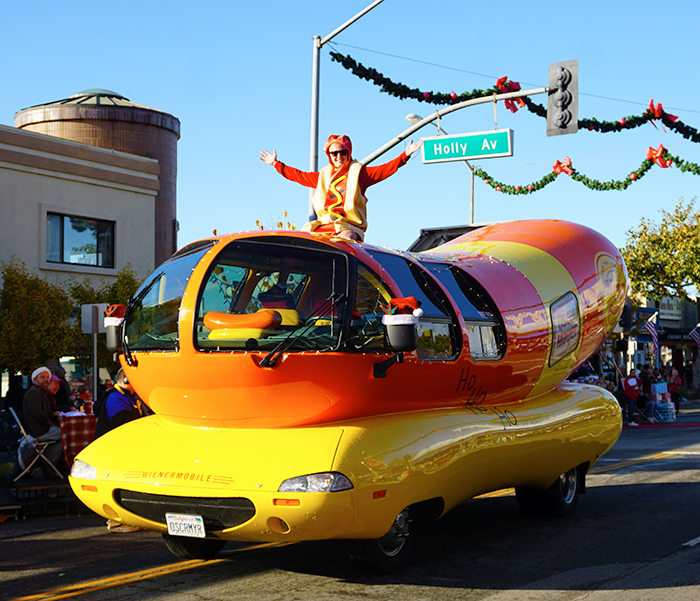 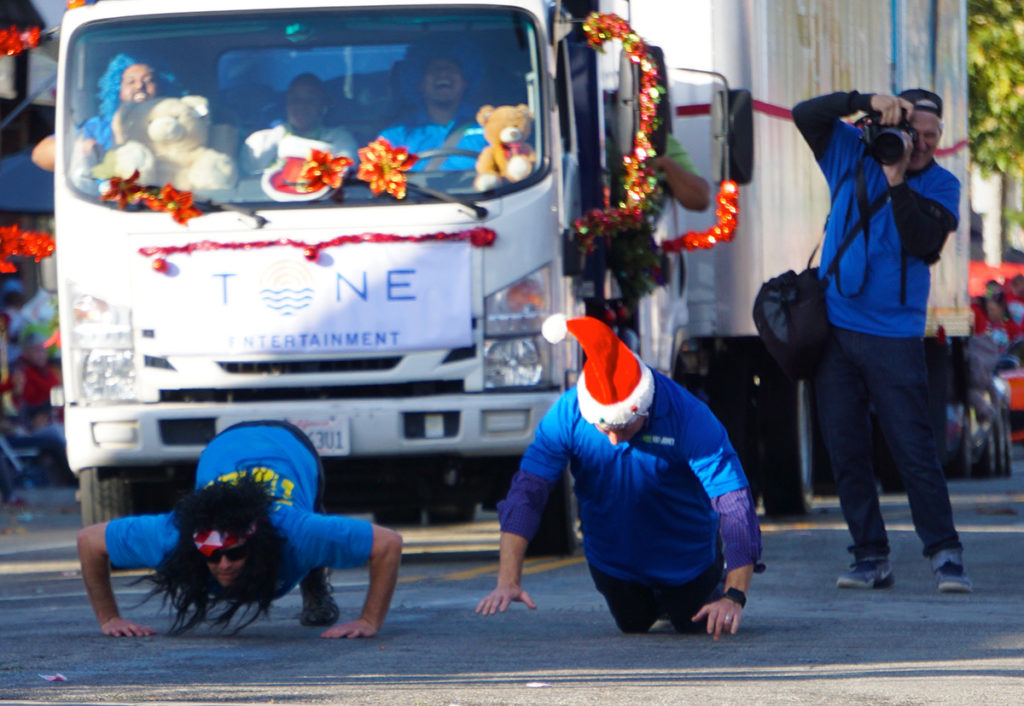 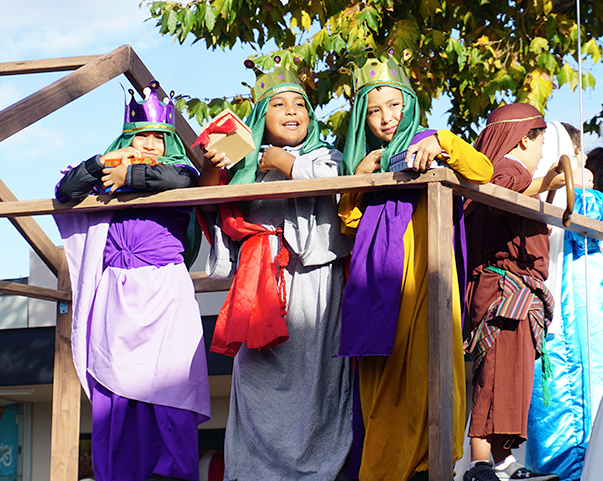 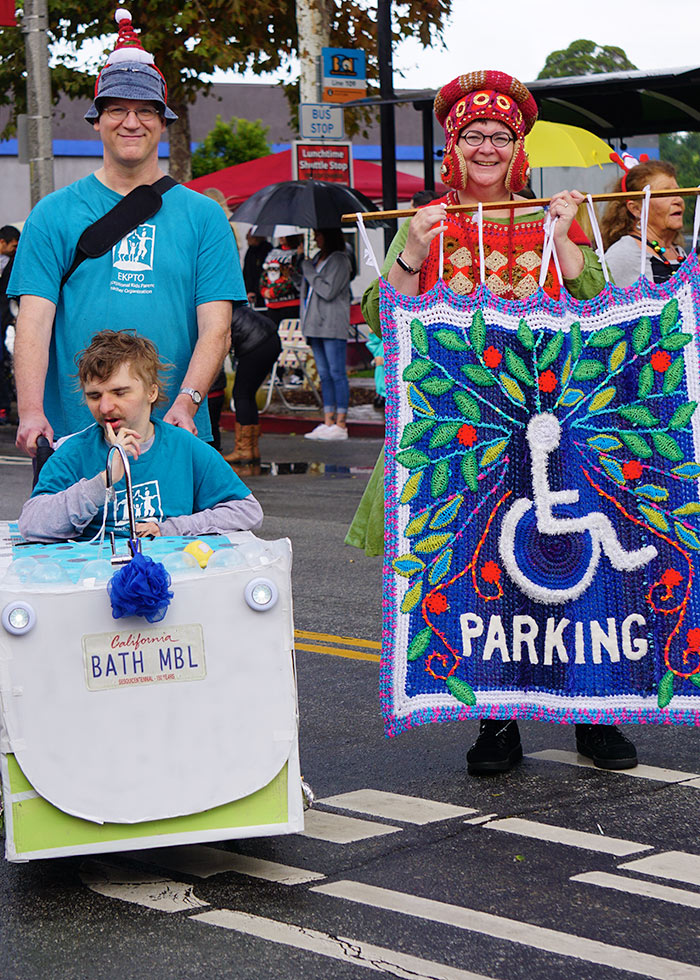 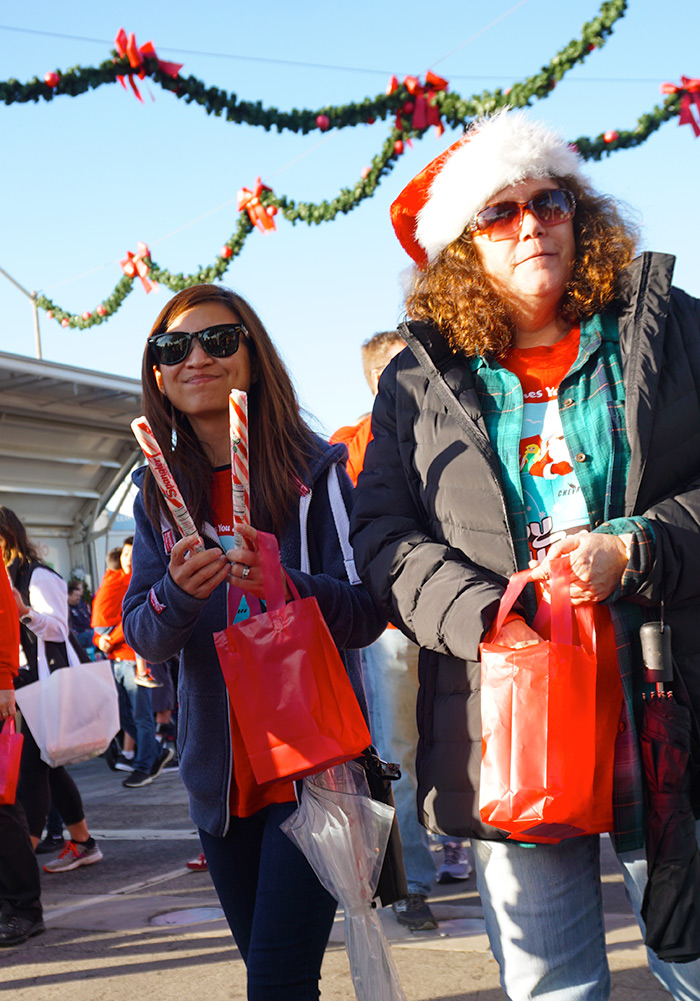 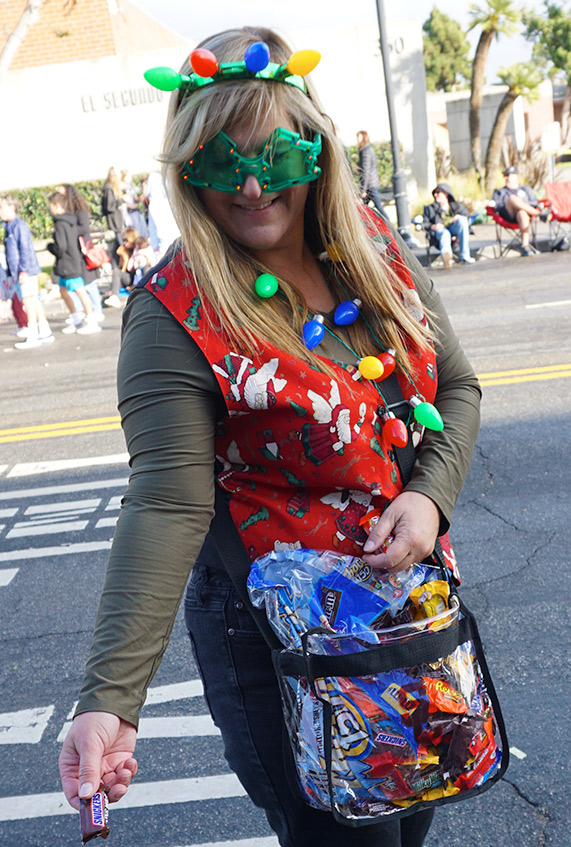 Echo Park Community Parade with Adam Schiff and his security that he probably needs for the work he's doing now. There were dancers, free toys, candy treats, incredibly beautiful cars, community groups, and a little Puerto Rico contingent. Plus more, 12/14/19 . 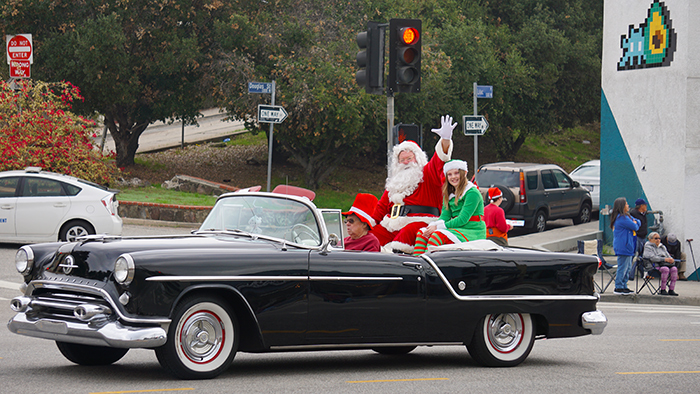 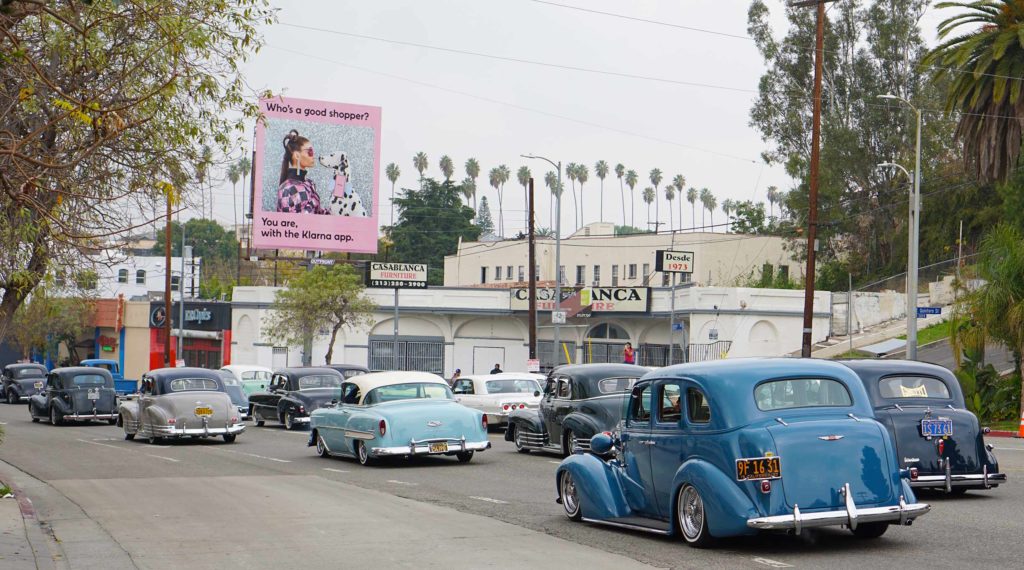 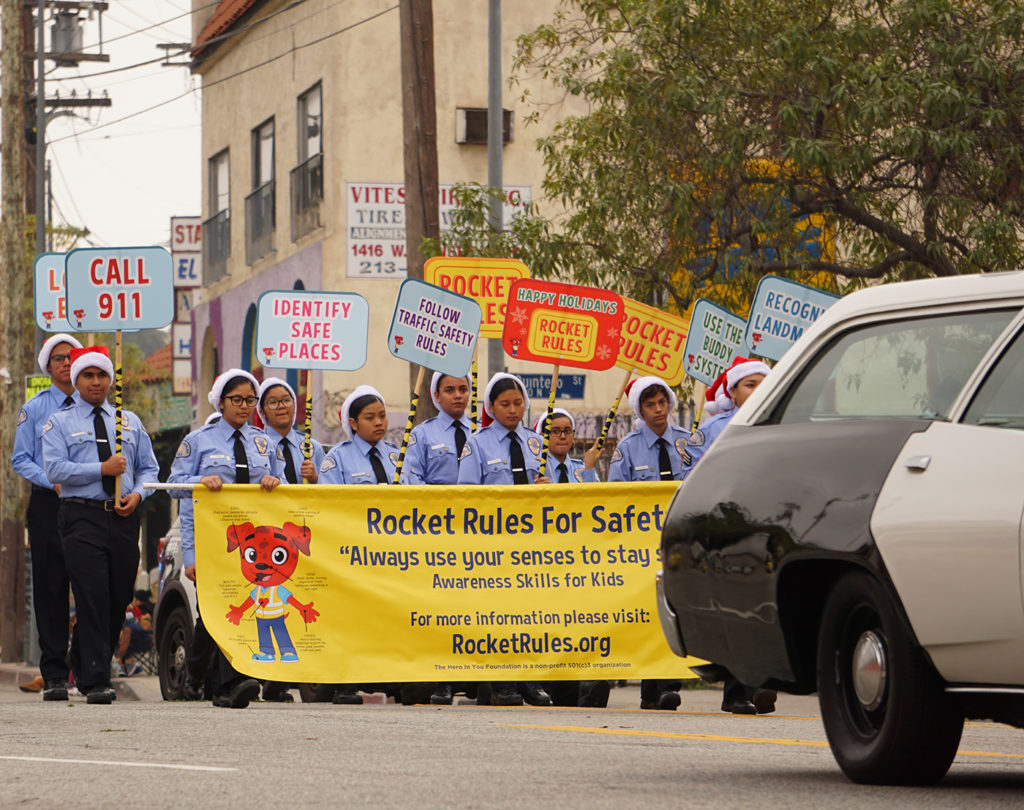 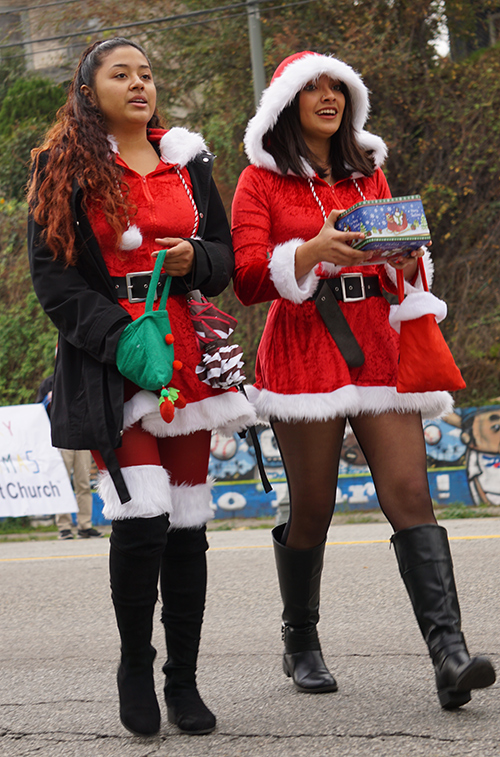 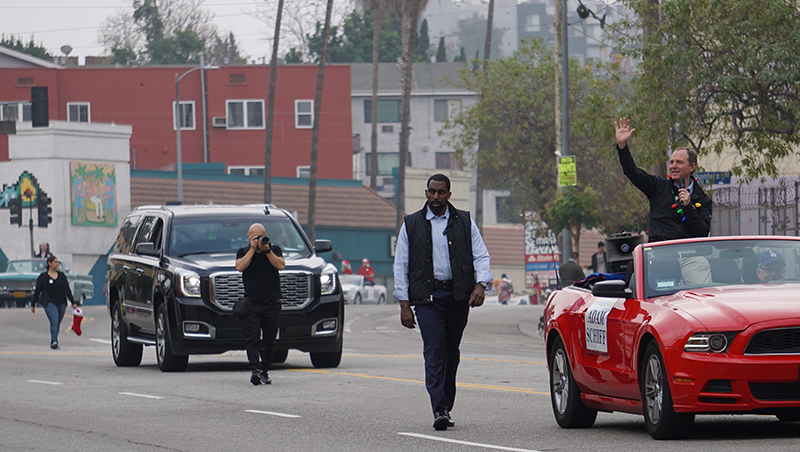 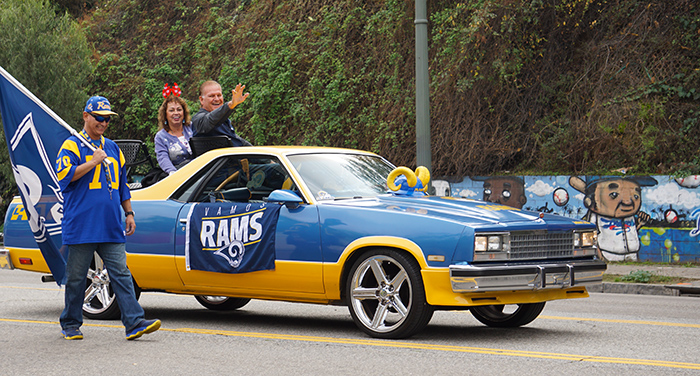 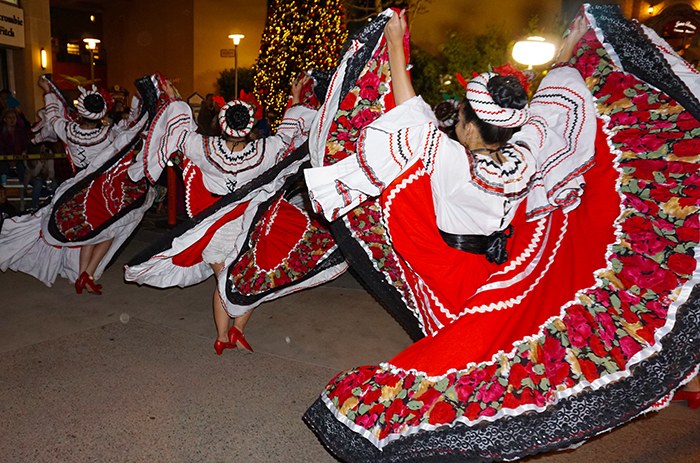 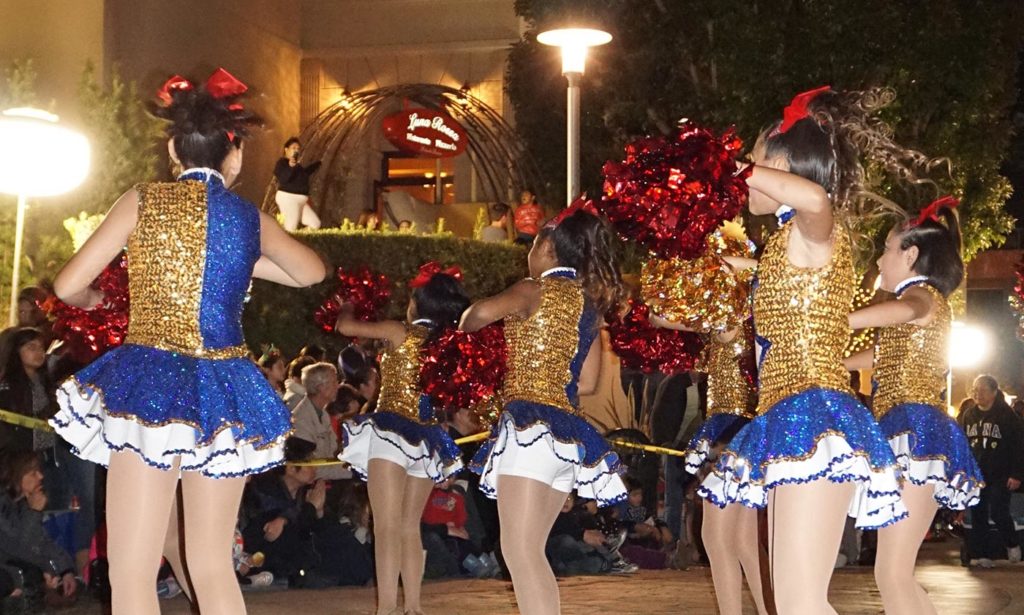 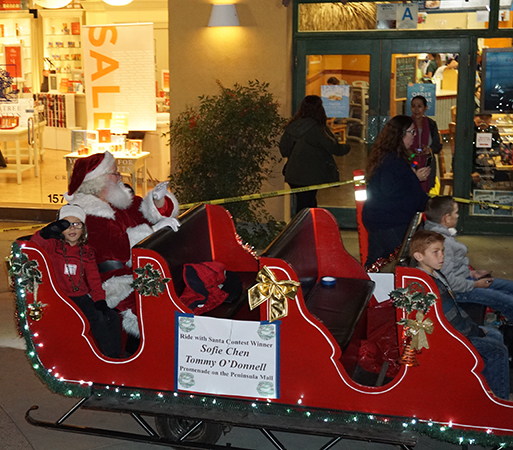 Redondo Beach Holiday Stroll runs through the Riveria Village during the week at night with an almost Rockett dancer performance along the route, 12/6/19. 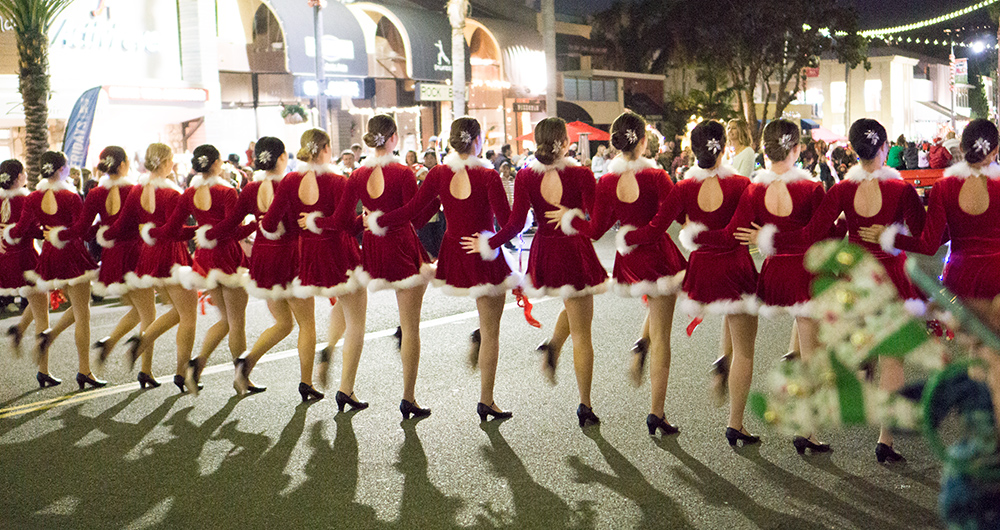 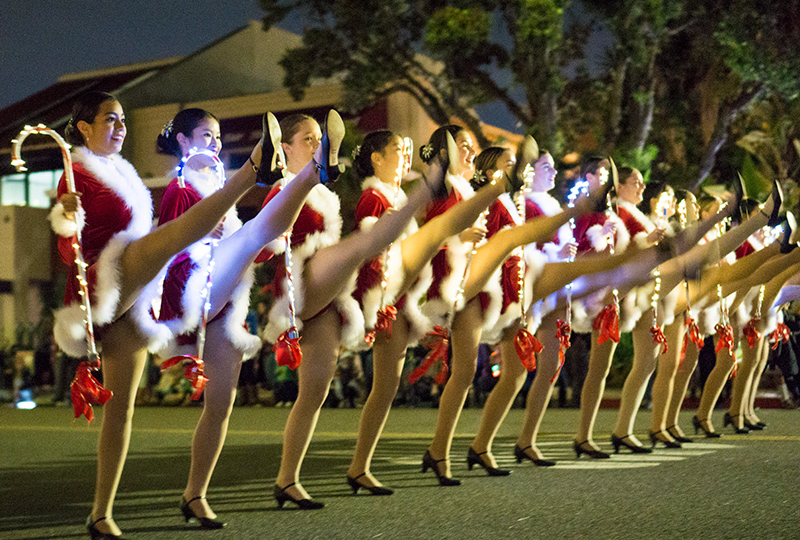 San Pedro Holiday Parade just keeps giving with so much going on, 12-2-17. 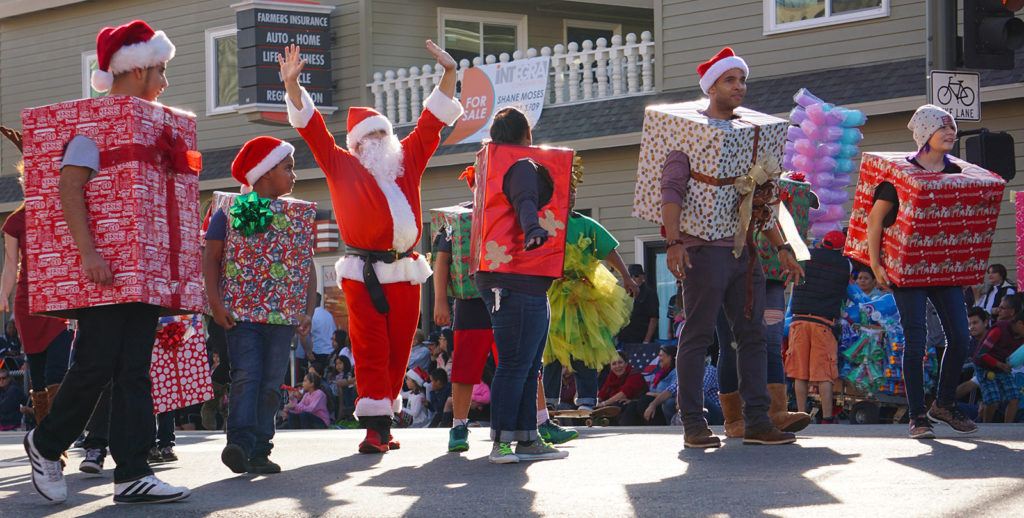 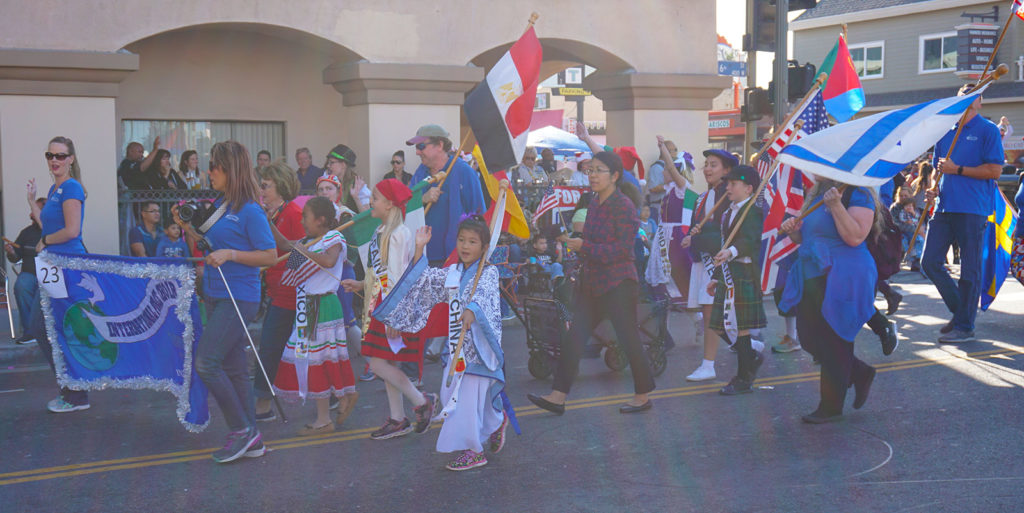 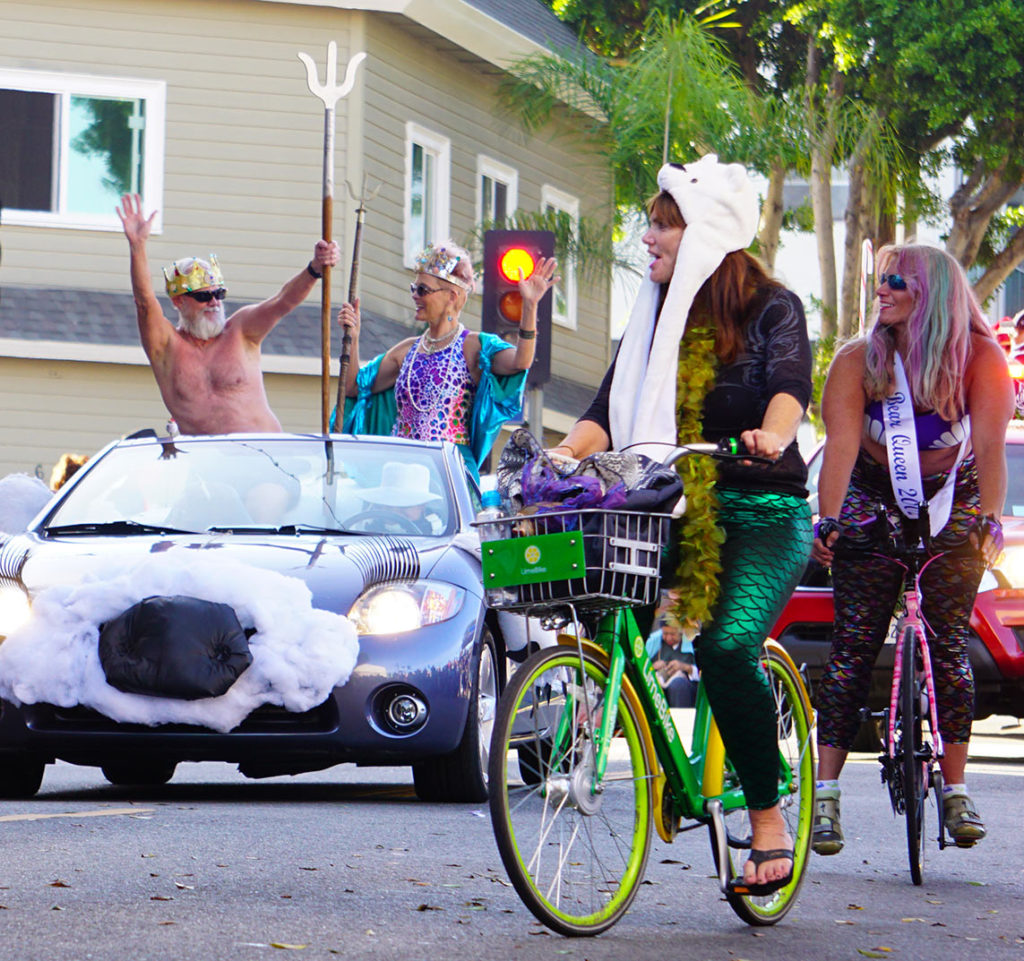 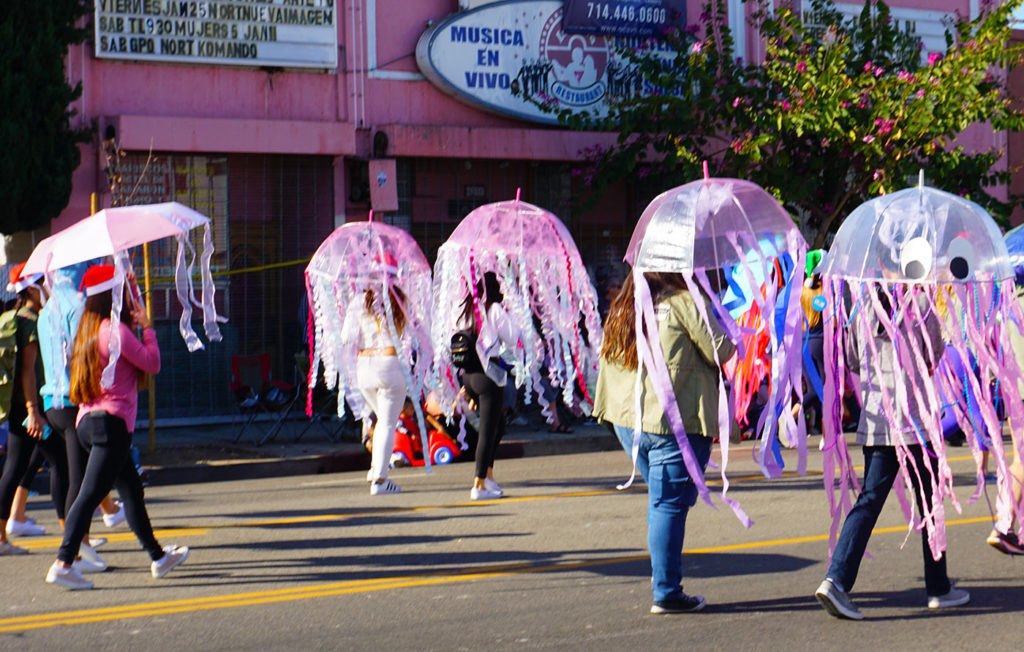 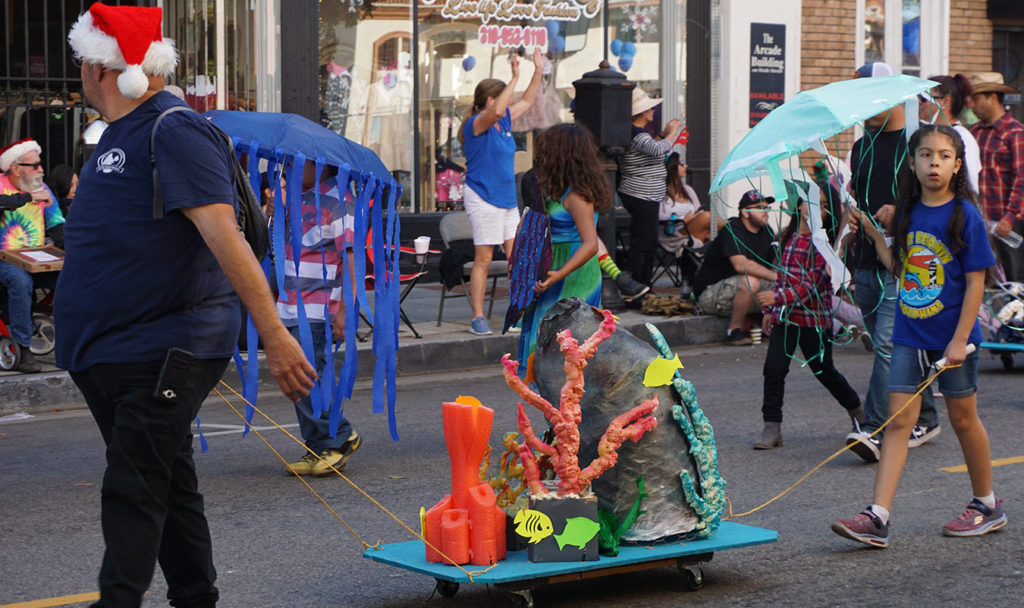 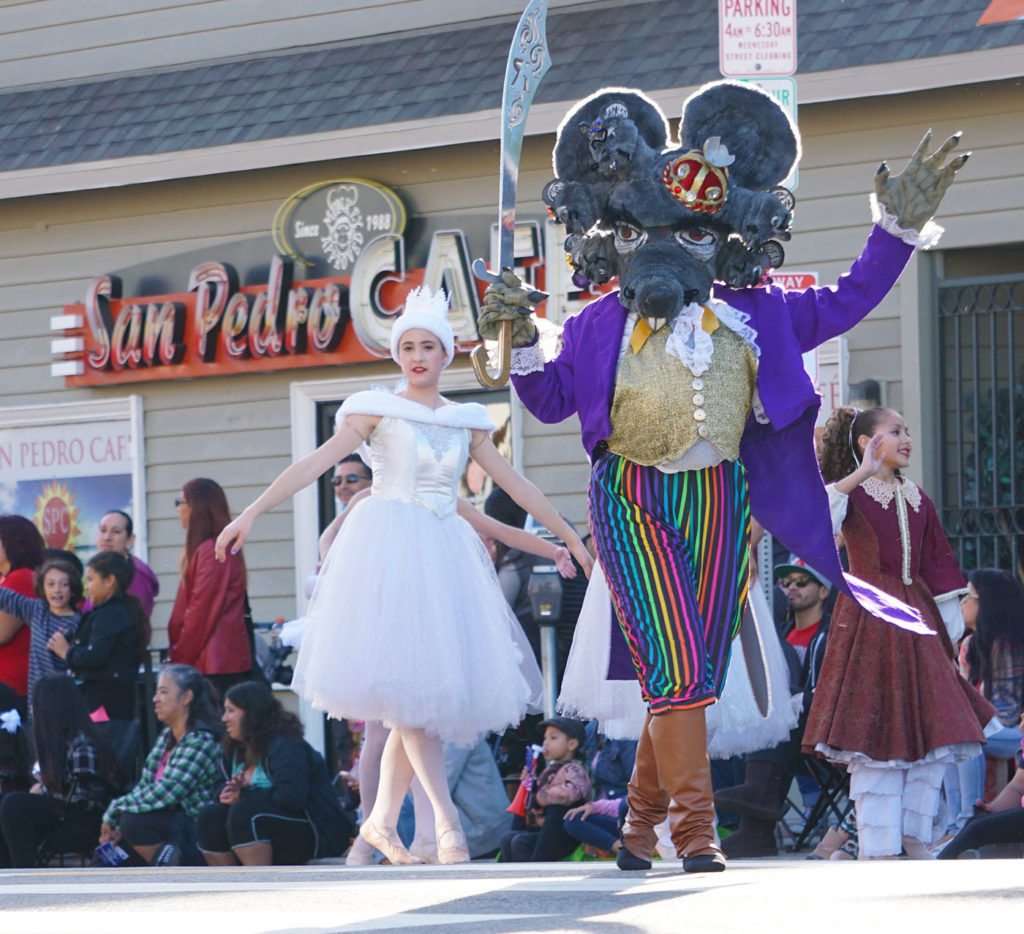 Kwanzaa Heritage Foundation Parade and Festival, Leimert Park neighborhood of LA,  is a celebration and education with the seven symbols of Kwanzaa, Pan-African flag and various international flags of Belize, Jamaica, Trinidad and Tobago,12-30-17. 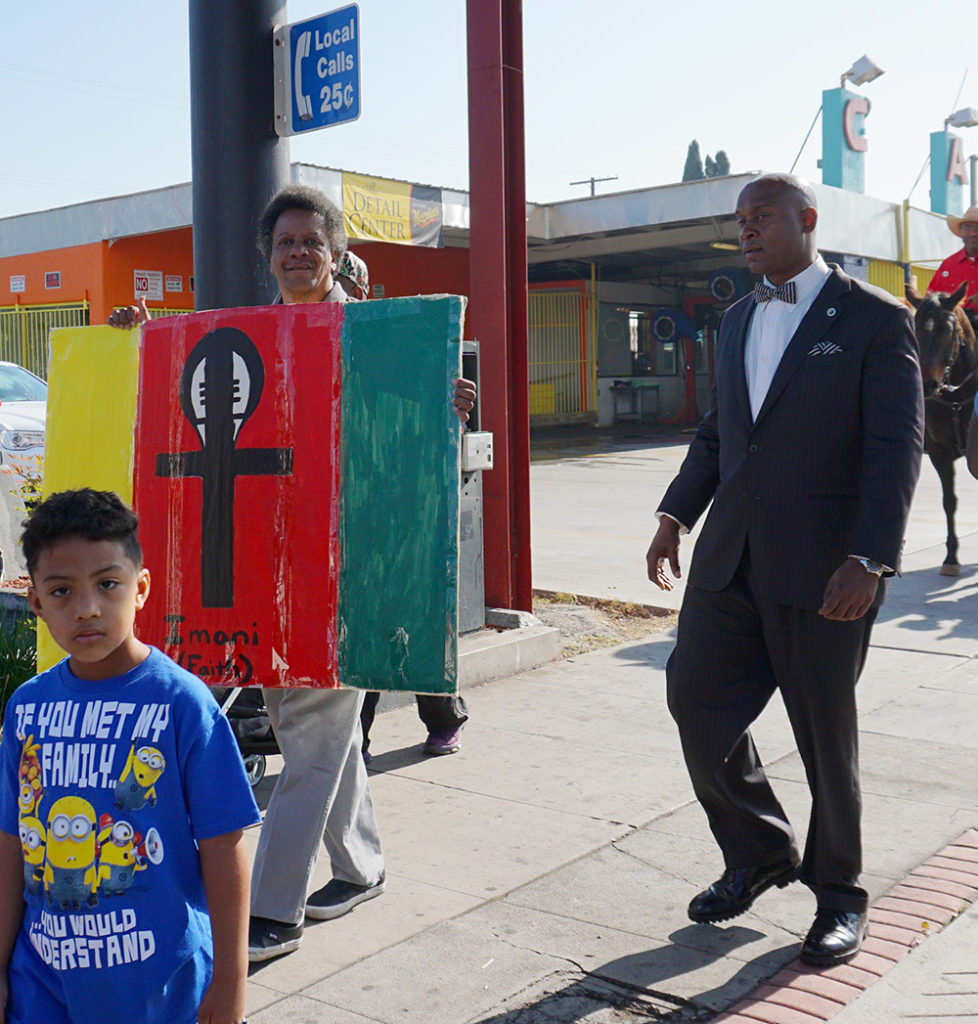 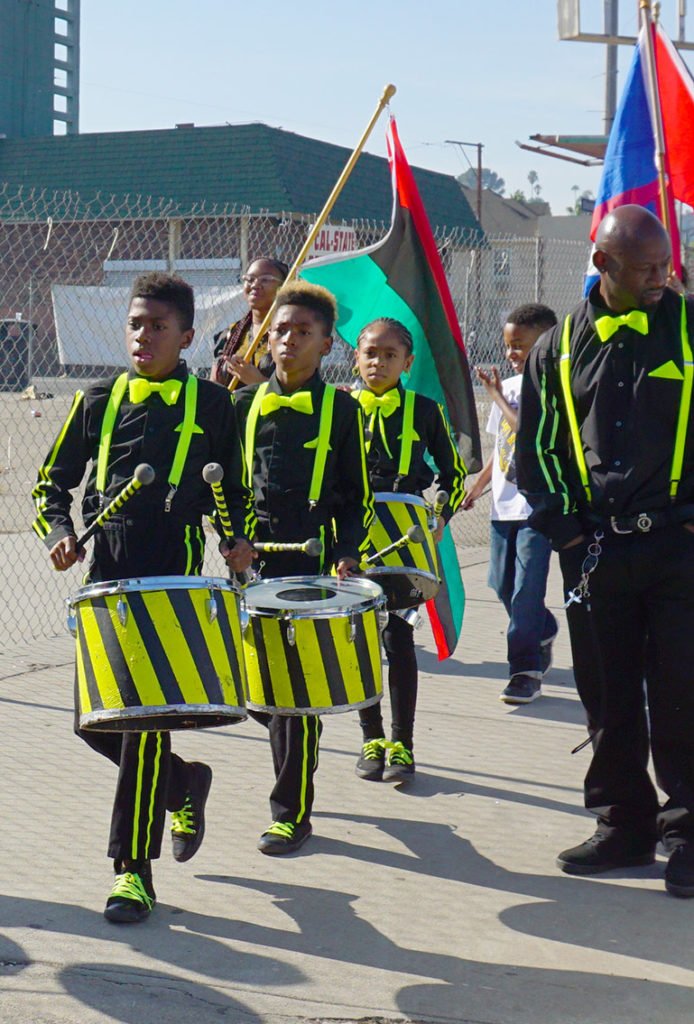 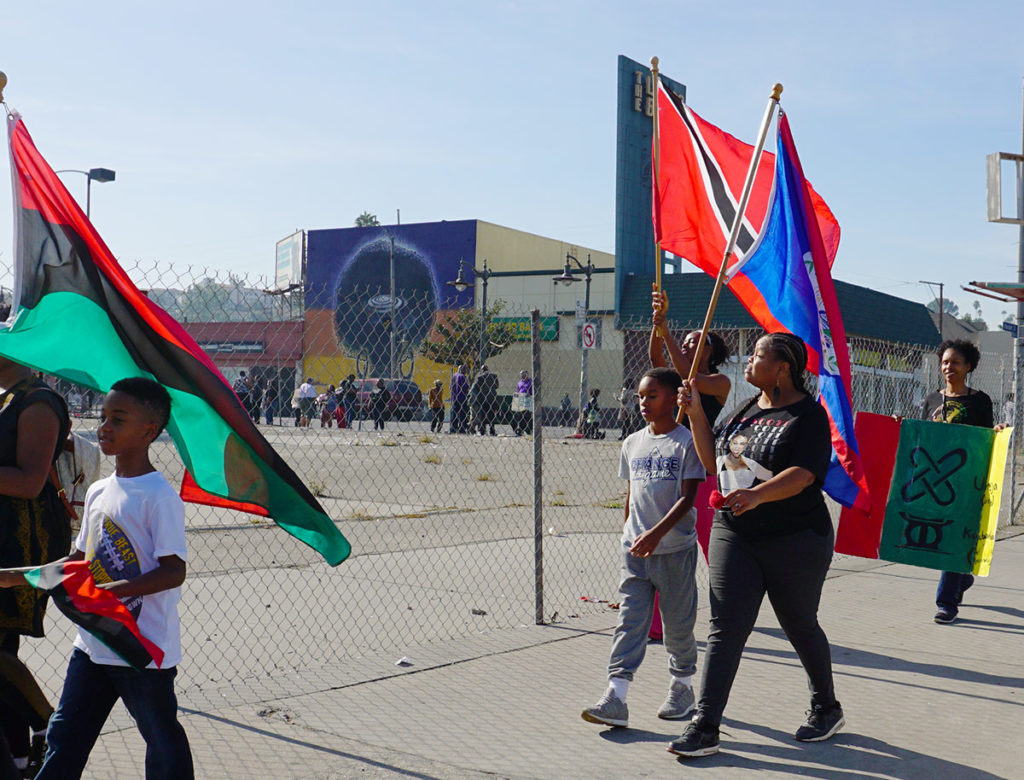