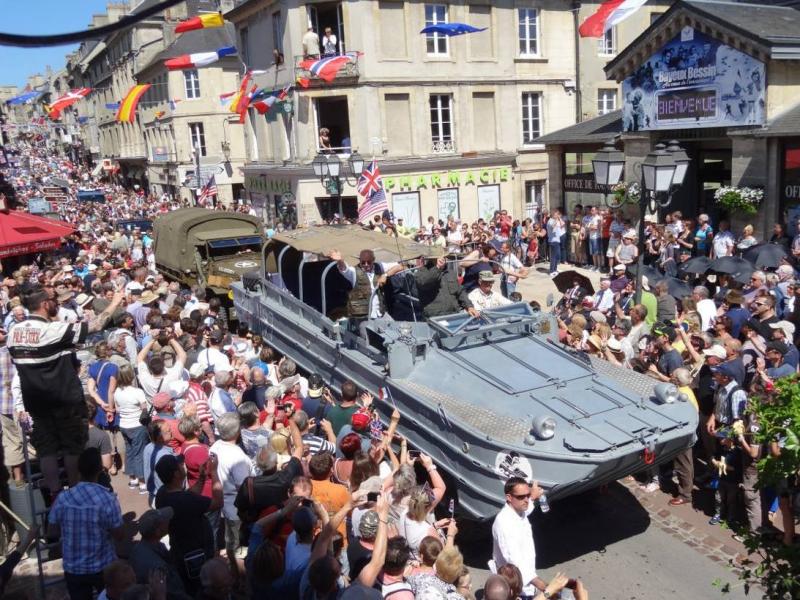 My grandfather flew a glider plane on D-Day landing beyond the Normandy shores because he thought telephone polls were dug into the beach.

When I was younger, I didn't think to ask him about his war experiences. He was drafted in the Army, 101st Airborne Division. He survived and returned with silk parachute material that his sister made into six children's dresses, dyed blue, green, yellow, lavender, and pink, with one preserved in white as a baptismal dress for his daughters. It was my mom who has since retold me his stories after she visited Normandy with one of her sisters during the 70th-anniversary celebrations.

It is now the 75th anniversary of D-Day, commemorating the American, British, and Canadian troops who descended on Normandy, France June 6, 1944, marking the beginning of liberation from Nazi occupation.

"Each year Sainte-Mère-Église, the first village to be liberated by American paratroopers, hosts this historic parade. Military units, marching bands, cultural and civic groups will march down the same streets that were lined with American troops in 1944." *

Below is a video from one of their past parades. To read more about Sainte-Mère-Église scheduled events and other town's D-Day anniversary events in 2019, visit some of these websites LINK 1* / LINK 2  / LINK3