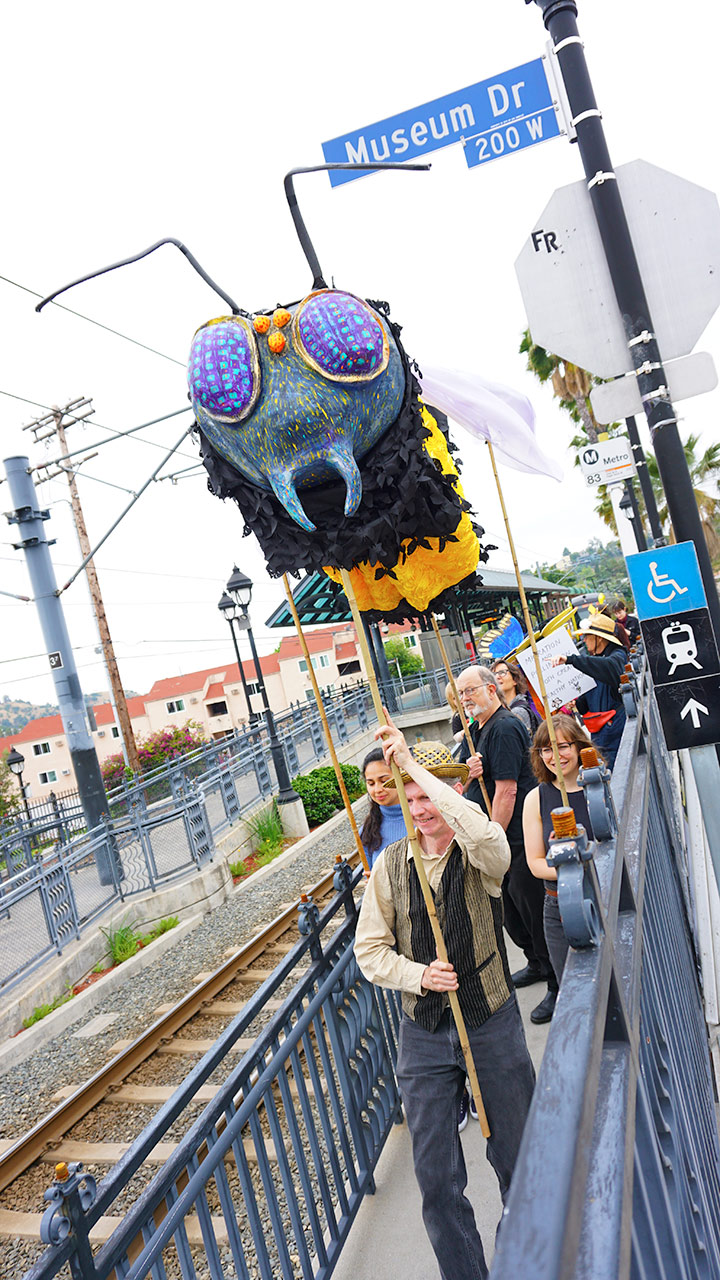 Reading science fiction (SF) about bees and the climate has my mind fluttering nervously about the future. I know it seems odd to talk about SF in relation to the recent bees and butterfly puppet procession during the Lummis Days festivities (May 31, June 1-2, 2019). Yet, they have something in common. Both are imaginative creations drawing attention to insects and real-world worries of insect population die out.

A decline in insects is an issue making headlines for years, and recently in the Biological Conservation journal and referenced in a National Geographic article, it was stated that “40 percent of all insect species are in decline and could die out in the coming decades.” What does it mean? It means the human world food supply could be altered if the plants are not pollinated by insects. Animals that eat insects would lose their food source. It’s an interconnected world with insects as part of many living beings’ survival.

Drawing attention to the plight of bees, butterflies, and other insects is something a procession or parade can do in a way that is entertaining and educational. It’s somewhat different in the SF stories I read with their scary interpretation of a world with and without insects. Just to give you a sampling of these readings that imagine insects in a future/alternate world is Maja Lunde’s book, The History of Bees. It's about a dystopian 2098 where the dying of bees shapes the food shortages and the decline of human populations. Also, there is Barbara Litkowski’s story, “Monarch Blue” in Everything Change, An Anthology of Climate Fiction, Volume II published out of the Arizona State University’s Center for Science and the Imagination that. Here’s an excerpt from her story:

“Pollinators. After the die-off a new underclass had sprung up to the role previously played by flies, beetles, wasps, butterflies, and other winged creatures. Culled from the ranks of the disadvantaged, a small cohort of females now earned their wages reaching, squatting, bending, dusting, turning their hands blue with electrostatic chemicals—all to ensure that the 1 percent of the population with money to burn on brandy and figs had access to cross-pollinated fruits and vegetables.”

I can’t escape Litkowski’s imagery of human’s having to hand pollinate plants, dying their hands blue with potentially toxic substances. And then, having a world where eating a pear or a fresh plant ingredient is too costly for most of the population.

Maybe we need more fear-inducing images in parades to elevate awareness and action on behalf of the environment. Actually, the protest marches for climate are doing this at times. What matters is raising human consciousness about our insects’ decline, and we can do this in both terrifying and beautiful ways in our parades, processions, and marches. 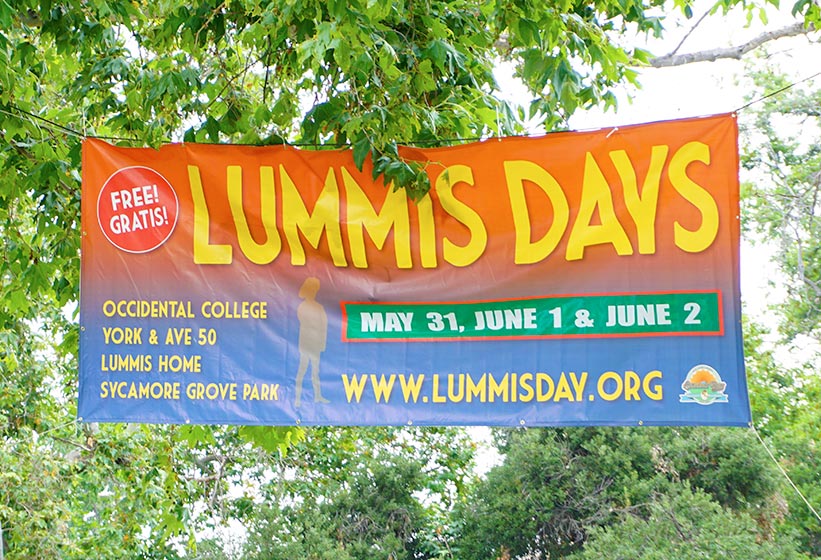 On June 2, 2019, below the Southwest Museum, I found the Arroyo Arts Collective gathering in costumes and carrying puppets for the Lummis Days festival procession. The group was “paying tribute to the insect species and honoring the Arroyo Seco tributary of LA river,” while also encouraging anyone who wanted to join this insect-themed costumed procession (Festival Magazine/Program 2019:39). The procession was led by the soulful tunes of Latin folk, multicultural band, Cuñao. Followed by Beth Peterson, the puppet designer and mask artist, who wore the tall monarch or maybe it was a painted lady butterfly puppet (monarch and painted lady butterflies are often confused). Other volunteers brought the bees to life as they floated them in the air down Museum Drive, across the Gold Line train tracks, along Figueroa St. to the festival park grounds of Sycamore Grove Park where the traditional Tongva blessing had been given.